Have you ever wondered why you only get wimpy guys and never a great man? A masculine one who you actually want?

Does one of the following two scenarios sound familiar to you:

It happened again. You’ve met a guy who seemed to tick all your boxes. Finally, you think to yourself, finally I’ve met a real masculine man I fancy and who really seems to be into me too! But then it turns out that he is not who you thought he would be. Somehow, he turns out to be a wimp or a Mr. Nice guy. How off putting and how frustrating. You have no clue why but this seems to be a pattern as this continuously happens to you.

You only ever get approached by wimpy men in the first place. From the ones who want you to be their rock. The ones who are clinging on to you and who want you to lead the relationship. In the beginning you may not have a problem with this, but over time you start to lose interest quickly.

You don’t know why and how you’re always attracting men who don’t want to lead.  You’re asking yourself where are all the great quality and masculine men and how you can attract a great man. You’re sure they are out there, but for some reason they don’t feel attracted to you.

You know the type of man I’m taking about. The confident, determined, masculine ones. Men who are calm under pressure, who you can rely on no matter what. Someone you can look up to and respect rather than looking down on. Someone who is emotionally strong. Not those wimpy guys who can’t handle you.

If you want to attract a great man but only ever get the wimpy guys I have an explanation for you that may surprise you.

In times of equality between genders, women often have to step into their masculinity. Pretty much everything women needed a man for in the past, we don’t need them for today. We are strategically planning our career to then put our foot down in an often male dominated work environment. We are able to look after ourselves financially. Strategic thinking, analytical thinking and looking after the family finances are all traditionally associated with men. Looking after the home, keeping it clean, tidy and homely, organising social events with family and friends, bringing up children, nurturing them and caring for them are usually are associated with women. At the same time women have to look sexy, be happy, thankful and always in the mood for having sex.

No doubt, women often literally have to fight themselves through their lives. At least that’s what you may believe – subconsciously. Feminism has achieved great things in terms of equality. You’re living in amazing times where you can stand on your own feet without needing a man to provide for you. You certainly don’t need a man as such. At least not when it comes to a man being your provider. 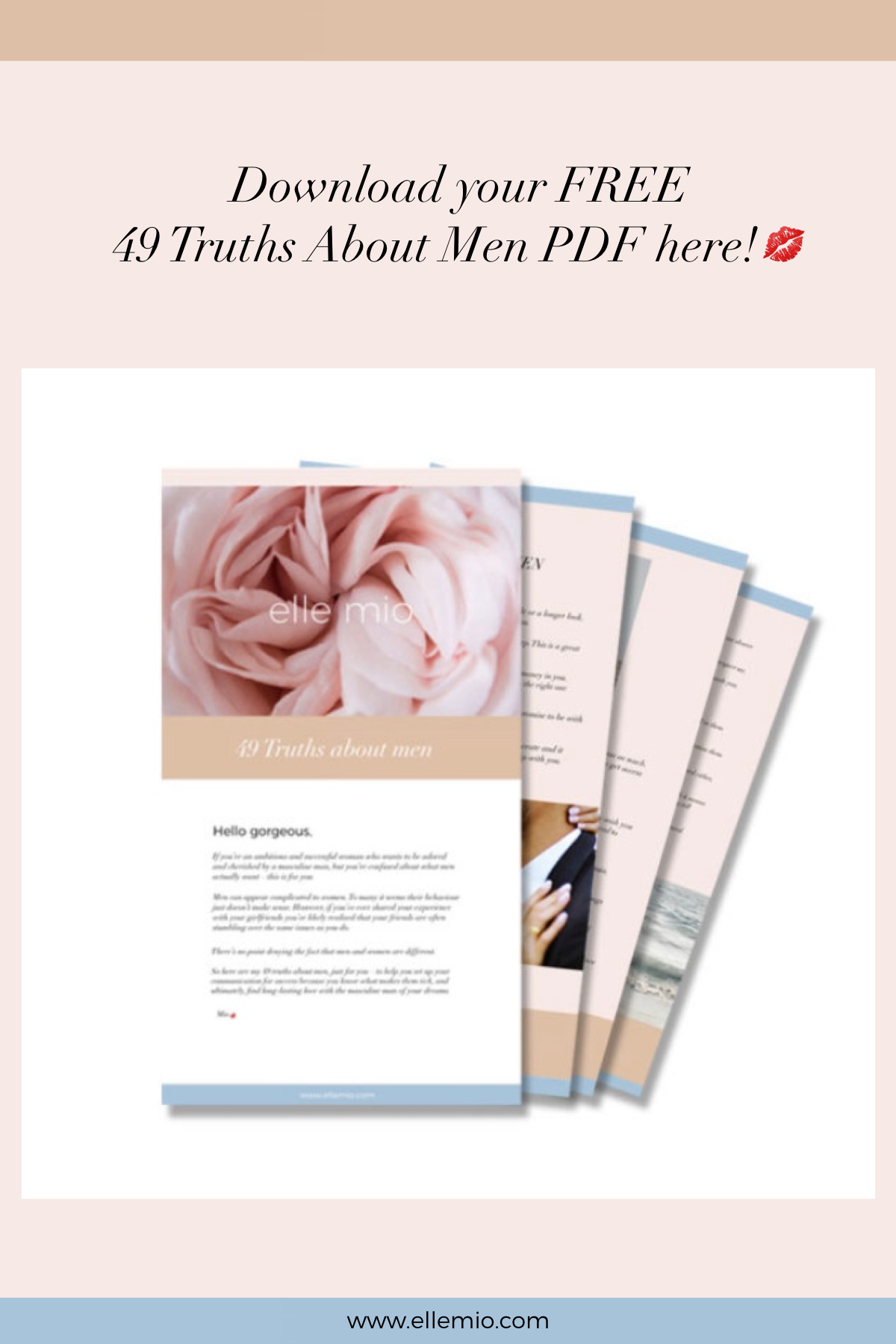 There is a flip side and a price to pay if you constantly show him how strong you are and that you don’t need him. You’ll only ever attract feminine energy and soft men – wimpy men.  A strong masculine man will not feel attracted to you. Because, what a masculine man craves is to connect with  a woman’s soft and feminine side.

“I can do this myself. I don’t need a man to help me with this.”

Here is the thing, by saying this you are keeping great guys at arm length away from you.

The reason why you’re doing it is because you’re scared to get hurt. You’re doing everything by yourself because this way you don’t have to trust and you can’t get hurt. You’re protecting yourself. At least that’s what you believe. But you feel lonely and this is hurts too.

Now you’re in a viscous cycle that gets more and more painful and less and less satisfying. You not only feel the need to constantly show men that you don’t need them, but you also need to prove to yourself that you don’t need them. That you’re strong enough, good enough to do anything that needs to be done. And this is the sure way chase great men away.

A strong man craves a woman who:

So, what do you need to do to attract a great man and to keep his interest? Lean back and let him look after and comfort you. Here is what I mean by that:

It takes strength and trust to take on help. A man can sense this. If you do everything by yourself he will get the feeling that he is not good enough for you. Let him be the man while you are complimenting him as the feminine part.

That doesn’t mean that you need to be weak. In fact, taking on help knowing that you could do it on your own actually is you being strong. And it’s a lot more fun 😉

If you feel lost when it comes to men and dating you’re welcome to join my free facebook group, where I’m very active answering love questions. Just click this link to join: The Feminine And High Value Woman.