3 FATAL MISTAKES WOMEN MAKE WHEN MEN BREAK UP WITH THEM 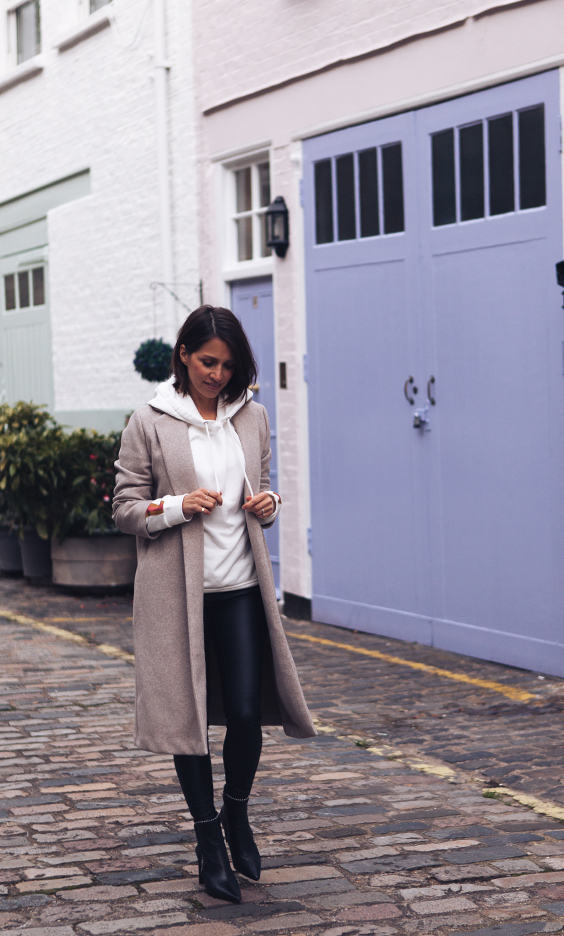 After a break up we are on an emotional roller coaster. To lose someone we have loved and often even have spent years with is one of the most painful experiences we can have.

If you are currently suffering from a break up read my blog post about ‘How to heal a broken heart’ here.

Because breaks ups are very emotional and painful, we often react in a way we are later regretting. Our emotions and thoughts are so conflicting that we are acting completely irrational if we don’t have a plan.

There are many feelings we have to deal with following a break up. Anger, disappointment, helplessness etc. But can you guess what pain we most experience after a break up? – Fear

The fear about the emptiness the ex-partner leaves behind. The fear of the uncertainty what our life will look like without him. What will the next months, weeks, days and even hours look like? The fear of not being able to find someone we can truly love ever again.

Fear more or less overpowers all the other feelings we are experiencing during a break up and it makes us act irrational. We are acting in ways we later on think, why on earth did I do this? It’s because you wanted that emotional release to feel better. Only that you don’t end up feeling better but worse.

There are many mistakes women make during a break up. These mistakes will not make him want to go back together with you. Instead, you will be pushing him even further away from you. Even if he had still a slight interest in coming back to you, he will not be interested if you are doing these mistakes.

Below I’ve listed the three most common mistakes to avoid during a break up:

Mistake women make when he breaks up number one:

Begging him to talk about what has happened to work it all out.

If he is in the headspace that he wants to leave you, begging him to stay will not work. You can fall on your knees, cry or scream. It won’t work. You acting upon your emotions was probably one of the reasons, if not the only reason, why he has left you in the first place. The only thing that will happen is that he feels convinced to have made the right choice by leaving you. He will see you as crazy. Because emotional unstable women, begging for attention or love don’t make sense to men. Not to mention that is very unattractive. This way you will be chasing away any man. Even worse, it will even make him lose the last bit of respect he has had for you.

Mistake women make when he breaks up number two:

After a break-up what often happens is that women sit and wait for him to text or call. All you are thinking about is him. When your ex doesn’t get in contact you decide to send him a message. The waiting starts all over again as now you are waiting for him to open the message in the hope that he will get back to you. Then finally he opens the message. You are staring at the screen of your phone, feeling relieved and nervous at the same time. Because in that moment when he opens that message you know he is thinking about you and you feel connected to him.

You sit and wait to see what happens. Hope is creeping up in you.

And then… then nothing. He doesn’t respond. Now you are you are not only feeling hurt but angry and humiliated too.

It almost feels like as if the whole break-up happens all over again. How he can treat you like any other woman he doesn’t care about?

In disbelieve that he has actually ignored your message you want to fix this. And off you go, sending him another message or even calling him. We know how the story ends…

On top of being dumped you are exposing yourself to getting hurt even more. And deep down you know this yourself. You know that what he needs at the moment is space and that you should not be chasing after him.

Although, after you’ve pursued him for a while he may give in and meet up with you in the hope that you will be leaving him alone after. But it will not make him desire or want you again.

No man ever has truly desired a woman because she talked him into it. What you will get from him is his pity by giving him lots of certainty and an ego boost on top.

Mistake women make when he breaks up number 3:

This can be physically by showing up at places where you expect to meet him, by asking friends about him, or by stalking his social media.

Your hope is to find something that could suggest that he is suffering as much as you do.

What they forget though is that by for instance stalking his social media it doesn’t tell you anything about how he actually feels like.

Also men are masters in distracting themselves from a breakup. They go out partying and drinking, meet other women, attend sports games or whatever. But believe me, in the moments when he isn’t able to distracted himself he feels lonely too.

However, he won’t be posting about his feelings on social media. Nothing you are able to see will make you feel better. The only thing that happens when you are stalking him is reinforcing the pain and grief you have over him.

If you think about it you will find that stalking him is actually quite masochistic behaviour.

I can assure you the three mistakes mentioned above will make you feel horrible in the end and won’t bring you closer to him. If anything, you will be pushing him away even further.

Even if your ex would take you back after you’ve begged him. There was no time for you to really think through what has gone wrong. Chances are high that you both will be falling right back into the same situation, with even less of a chance to make the relationship work again.

The only right thing to do in this case is to step back and to give him space. While you give him space you can recap on what has gone wrong and whether the things he broke up with you over are valid points and if you want and will be able change them.

Experiencing pain can be a great teacher, if we are paying close attention. Have a close look. Did you behave in a low value way that has led to him leave you? Did he mention this to you before and you’ve ignored it?

Is there a pattern to how things ended in your previous relationships?

In any case, don’t beat yourself up over what you haven’t done or would you should have done. You are only human and we all make mistakes.