WHEN SHOULD YOU HAVE SEX WITH HIM? (THE THIRD DATE RULE) 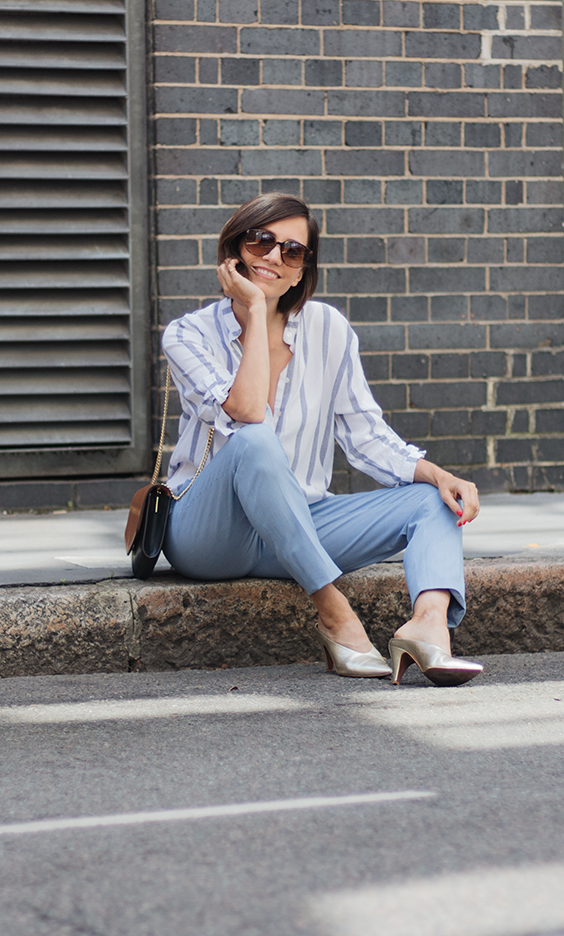 When should you have sex with him and the (in?)famous “Third Date Rule”.

I get this question a lot and it appears that women are under the assumption that if they have to keep him interested, they’ve to have sex with the guy latest at the third date.

If you would ask a guy about the Third Date Rule he would obviously confirm that this is the case. The reason for this is clear… he wants to have sex with you.

However, I KNOW as a fact and from talking with many men about this topic, that they would keep dating a woman IF they are genuinely interested.

Read the section below from a conversation I only recently had with a man in regards to this:

Me: What is your opinion about the “Third Date Rule”?

Him: If a woman doesn’t have sex with me latest on the third date, I’m done and move on.

Him: Because if I just want to have sex, three dates are more than enough. After that, chances are little that she would sleep with me any time soon. I move on and look for another woman to have sex with.

Me: But what if she ticks all the boxes? If you really like her and if you are genuinely interested in her? What if she doesn’t sleep with you by the third date? Would you still date her?

Him: Pause. Well… yes.  If I really like her I would keep dating her. But only if I’m really into her. There are tons of women who are happy to have sex even before the third date. I don’t want to put in too much effort, money or waste my time with a woman I only want to have sex with.

Still think it’s a good idea to have sex with him on the third date?

Don’t get me wrong. Yes, there are the rare couples who have slept with each other on the first date and still live happily ever after. But this is RARE! So why risking it?

Do you really want to be the woman who has slept with him, because she was easy to get?

Because this is what it essentially means, when he says that he doesn’t want to put in too much energy and effort.

A  man will sense when you’re sleeping with him out of fear that he may lose interest if you don’t. The funny thing is, this is when a man loses interested in you.

If he disappears after the third date because you didn’t have sex with him he would have been another man stringing you a long. No man ever fell in love with a woman because she had sex with him.

You would have ended up hurt and confused. Probably ending up chasing after him, which would have made you feel even worse.

This type of guy would have slept with you a few more times to then disappear because you’ve mentioned the word relationship.

Or, he would have told you that he is not ready for a relationship but really enjoys being with you. So you would have continued sleeping with him. Hoping to convince him that you are the one. Unfortunately, it doesn’t work this way.

Dating someone longer than three times and until he knows you as a person (not just an object to have sex with) is the only way to find out whether he is genuinely interested in you.

Don’t throw this opportunity away.

If you just want to have ‘fun’, go for it. This is not about judging you as a woman if you sleep with a guy on the third date or even before. But the risk of you getting hurt is significantly higher.

I know from having coached numerous women that this usually ends in a disaster.

In the end just having sex wasn’t enough for them. Even if they didn’t want to be in a relationship with the him, they still expected to be treated with a certain level of respect, which they weren’t, because they didn’t earn that respect.

So before you sleep with a man on the third date ask yourself whether you’re really only looking for fun and how you would cope with him only contacting for for sex. Because this is what it essentially is – having fun – without any sort of commitment.

Trust your intuition on this. If there is something within you telling you it is too early, it probably is. Don’t blindly follow a rule by saying I sleep with him on the third date or on the forth date and definitely don’t sleep with a man out of a feeling of obligation because he has taken you out a couple of times.  There are so many more things that come into play for you to consider to spare yourself from a lot of unnecessary pain. Men are different to us women always keep that in mind!

I hope you’re finding this post helpful. If you’re a little lost or stuck repeating the same pattern with men I would be more than happy to help you. You can contact me hello@ellemio.com for coaching sessions.

In the mean time here is anther article that you’ll find helpful –   “How to get a guy to respect you” here.