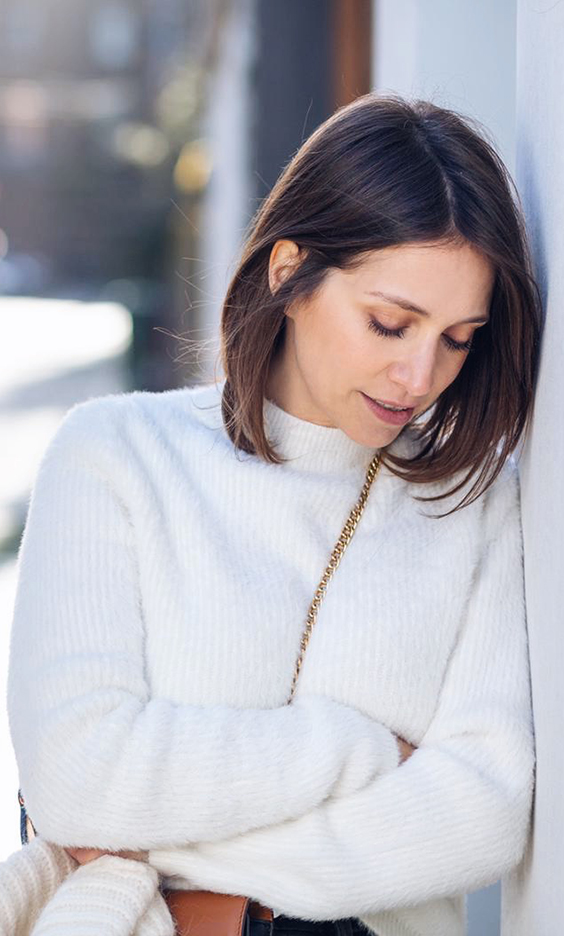 ARE YOU FEELING STUCK, LONELY AND CONFUSED?
Do You…
…attract men who come on strong in the beginning, raising all your hopes, then ghost you or then the relationship fizzles out quickly?
…find yourself taking the lead, initiating dates and pursuing men, while men only want to be casual with you and see you as their buddy?
…swallow down your feelings out of fear to appear needy and that he will disappear like all the others did?
…either attract “bad boys” or men that you are not interested in?
…find yourself loop thinking, feeling anxious, and acting crazy not recognising yourself?
…feel like hitting a ceiling in love and having a fulfilling relationship with a loving and committed man seems to be out of your reach?
You’ve lost hope, because no matter how hard you try it just never worked out for you and dating seems pointless. The feeling of being rejected over and over again has left you feeling unloved and not good enough.
You feel drained and with every rejection you ask yourself: “What is wrong with me, will I ever find love?”
The power to attract high quality masculine men is already within you,
YOUR FEMININE ENERGY
You just have to unlock it and connect with it.
The relationship you desire is possible for you!
What if…
…finding love would feel easy because you understand men and their commitment process, therefore you don’t panic, act crazy, accidentally pushing men away?
…you’d understand how to communicate with men in a way that makes you irresistible and draws men close to you?
…you’d know how to build a meaningful connect with a man straight from the first conversation without trying hard to prove yourself to him? Instead you can just be your beautiful authentic self?
…you wouldn’t fall head over heels and attach to men who are not good for you?
…you’d be able to trust your intuition and to just know whether a man can give you what you want and need?
…you could communicate your boundaries in a way that feels good to you and makes the right man want you even more?
…you knew how to inspire men to pursue you and wanting to be with you and only you?
…you knew without a doubt that the man you chose is aligned with your vision of a dream relationship and that he will lead you there?
What Do My Clients Say About Me?
I was feeling a pattern with men and wanted to change it. I thought I’d learn all about what I should and shouldn’t do, what to say etc. Although we did discuss these things, we also took a deep dive into my old patterns and I feel so grateful to have met Mio. I feel so much more connected to me. Couldn’t recommend working with her more.

Christine B.
I contacted Mio to save my relationship. I’ve implemented all her tips and it was amazing how she was right every time. Mio has opened my eyes. My life has changed on several levels and I feel confident. I’m thankful that I had her by my side. I felt desperate, anxious and insecure. Now I’m feeling happy relaxed, powerful and worthy.

Natascha F.
I started coaching sessions with Mio after a ‘situationship’ fizzled out in the same way that many had before.
I learnt how to believe in my intuition and feelings to talk to a man in an authentic way to create attraction.Mio is kind, completely non-judgemental and a total inspiration who has changed my life – I only wish I’d had the sessions earlier.

Samantha C.
Read More Testimonials
You can continue trying to figure this out on your own, read all the books, watch all the videos on YouTube then hit a ceiling, start from scratch, rinse and repeat. And eventually you may find your dream partner. But how many years will this take you?
Or, you can avoid the unnecessary pain,  learn and use the tools that work and will get you where you want to be from me.
I have studied all the courses, have a background in Psychology & Psychoanalytic, did all the work myself, have been in a loving relationship for 12 years and have compiled the most effective tools and knowledge that have helped numerous women finding love.
The choice is yours.
Are you ready to fast track finding and keeping love?

From being distraught and heartbroken throughout many relationships and feeling empty and confused, I reached out to Mio for some help and guidance for future relationships after feeling completely overwhelmed form the many breakups I had gone through. Her wonderful advice and guidance inspired me and I decided to focus on myself and to learn all the strategies for a happy and healthy relationship. I just wanted to say thank you Mio for putting me on the right track helping me find Mr Right, who is now my fiancé after 6 months.
C.F. UK
I started coaching sessions with Mio after a 'situationship' fizzled out in the same way that many had before. I felt so frustrated because I couldn't understand why the same pattern kept happening - in theory the 'situationships' had every reason to develop into a 'happy ever after' but i always ended up feeling let down and disappointed. Even after just one session with Mio, i could feel a shift in my energy and i started to understand where I had been going wrong. Mio helped me to understand what masculine and feminine energy was and how polarity is needed for relationships to blossom - and this really opened my eyes to how i had been suppressing my feminine energy and approaching dating almost always from my head, or masculine energy. Every session, Mio would guide me back to my natural feminine energy state so that I would feel more comfortable seeing how my body feels about a man or a situation rather than using my logical head to try and make something to happen. Mio also helped me to understand why I had been doing this, as a false means of protection. Over the sessions, I learnt how to believe in my intuition and feelings to talk to a man in an authentic way to create attraction rather than trying to drive and lead the conversation like I had in the past. Mio helped me to trust in completely 'leaning back' and letting the guy do the work, while staying open and warm with my feelings which inspires them to lean in to me. Mio completely awakened me to this concept and I can't recommend her enough if you feel in a similar situation of being let down by failed relationships. Not only do I feel confident in finding my happy ever after now, I also feel a lot happier and calmer in general - as if I've removed all of the 'protective' layers which were actually harming me and I've come back to my natural state - who I am supposed to be. Mio is kind, completely non-judgemental and a total inspiration who has changed my life - I only wish I'd had the sessions earlier.
S.C. UK
Who would have thought, getting in tune with my femininity would be as emotional and enlightening as my experience with Mio has been? The coaching I’ve received thus far has allowed me to go below the surface to become more in sync with my intuition and break down the barriers that I have built up over the years in response to trauma. Mio’s warm personality and objectiveness created a safe space for me to explore my fears and find amicable solutions to overcome them. Using the tools I’ve been taught thus far, I have found a new ‘confidence’ that will allow me to attract and retain quality relationships. I am truly grateful for the opportunity of working with Mio and the easy/effective tools I’ve implemented under her guidance. It feels amazing to have received such amazing help as I reclaim my femininity. I am truly thankful!
C.B. Belize
I was amazed about Mio’s professionalism and simultaneously, gentle and kind method of discussing my issues. Mio is very gifted in empathizing with people and guiding them to a “feel good” place. I benefitted immensely from the sessions with her and can now discern when I need to speak my truth without blaming my partner. I now also have a clear vision of my “happily ever after.”
A.D. France
I was feeling a pattern with men and wanted to change it. I thought I’d learn all about what I should do and what I shouldn’t do, what to say etc… Although we did discuss these things, we also did a deep dive into my old patterns and I feel so grateful to have met Mio. I feel so much more connected to me. Couldn’t recommend working with her more.
C.B. UK
I’ve contacted Mio to save my relationship. I’ve implemented all her tips and it was amazing how she was right every time. Mio has opened my eyes. My life has changed on several levels and I feel confident. I’m thankful that I had her by my side. I felt desperate, anxious and insecure. Now I’m feeling happy, relaxed, powerful and worthy.
N.F. Switzerland
Previous
Next